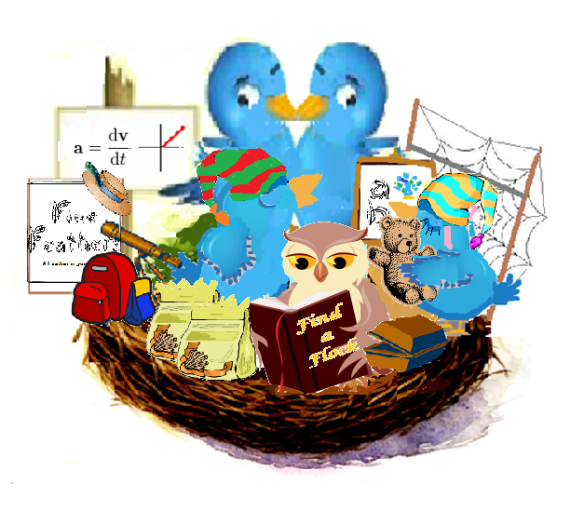 The later and darker the evening grew the brighter and more wide awake the Psych Owl Ogist became. He was ready to continue the discussion about finding the right flock for the gifted Tweetlets
The Tweetlets, who usually resisted sleep, had nodded off and Tweet and Retweet were getting drowsy. But, being Twitter birds, they were used to being awake at varying times in order to chat with others from different time zones.

“I have a few more suggestions as regards finding a suitable flock for your gifted Tweetlets” said the Psych Owl Ogist.

“Remember I told you that you need to select a flock for the Tweetlets which will allow them to go far and give them the opportunity to soar.
Maybe you should look at a flock which uses the MONTE SOARY pedagogy.
This would offer a choice of activities from within a prescribed range of options with uninterrupted blocks of work time where they could discover and learn concepts by working with the materials provided rather than by being directly instructed by a teacher.”

“The humans have a similar pedagogy called MONTESSORI.” http://montessoriphilosophy.org/montessori-methodthe-right-method-of-teaching

The Tweetlets would be able to learn through experiences of touching, moving, listening, seeing and hearing and be allowed to explore and express themselves. There would be an emphasis on their developmental stage and close relationships with others and their environment and respect for them as individuals. Their curiosity would be valued and respected. Parents are viewed as partners, collaborators and advocates for their children and are involved in every aspect of the curriculum. It is not uncommon to see parents volunteering to help with the Flock and practice the same philosophy at home in the Nest

“The humans have a similar pedagogy called REGGIO EMILIA”
http://en.wikipedia.org/wiki/Reggio_Emilia_approach 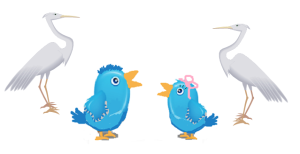 Migration and Navigation with Arctic Tern

Business Studies with the Secretary Bird

Collecting and curation with Bower Bird

“You get the picture!” 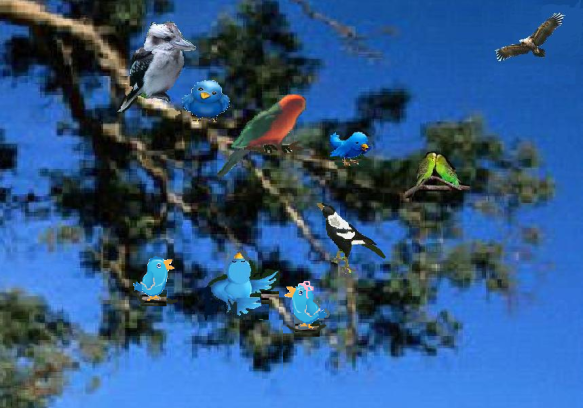 1 thought on “Finding the Right Flock 3”